Hanna Bekker as a Painter 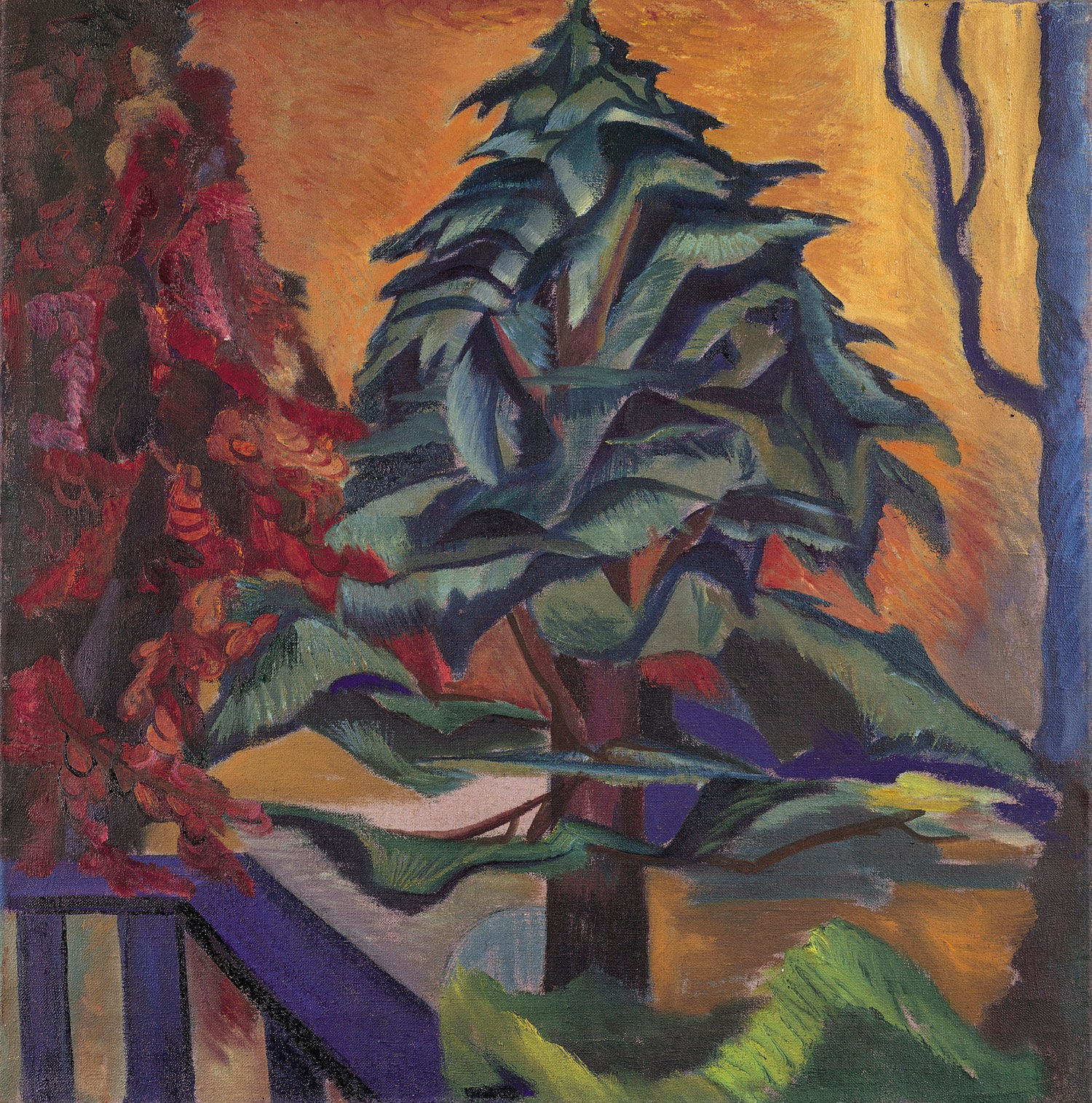 Hanna Bekker vom Rath (1893–1983) was a native of Frankfurt, best known throughout Germany as a collector, art dealer and patron by this, her full name, having married Peter Bekker in 1920 and separated from him in 1928. Yet, throughout her life, she – the painter – signed all of her works with only “Hanna Bekker,” a name by which she is little known.

Remarkably, the young Hanna vom Rath had set her sights on becoming a “full-time” artist before embarking on her career as an ambassador of Expressionist painting. She studied first, around 1914, with Ottilie W. Roederstein in Hofheim and, later, during the First World War, in Stuttgart with Ida Kerkovius and Adolf Hölzel, whose prismatic pictorial worlds shaped her imagination. In the 1920s, her priorities gradually began to shift away from her own artistic production to a life in an inspiring artistic environment. This shift may have been brought about by her introduction to the Wiesbaden collector and patron Heinrich Kirchhoff (1874–1934), whom she visited twice. She sought contact with artists and found her calling, when these avant-garde “free spirits” became subject to persecution by the National Socialist regime. She supported them wherever possible in these darkest days of 20th-century German history. In 1964, she was awarded the Federal Cross of Merit for this significant social commitment. Yet, her work as collector and patron overshadows “Hanna Bekker” as an active artist, who produced works throughout her career. Her oeuvre of still lifes, portraits and landscapes, in styles ranging from Expressionism to New Objectivity – has yet to be discovered.