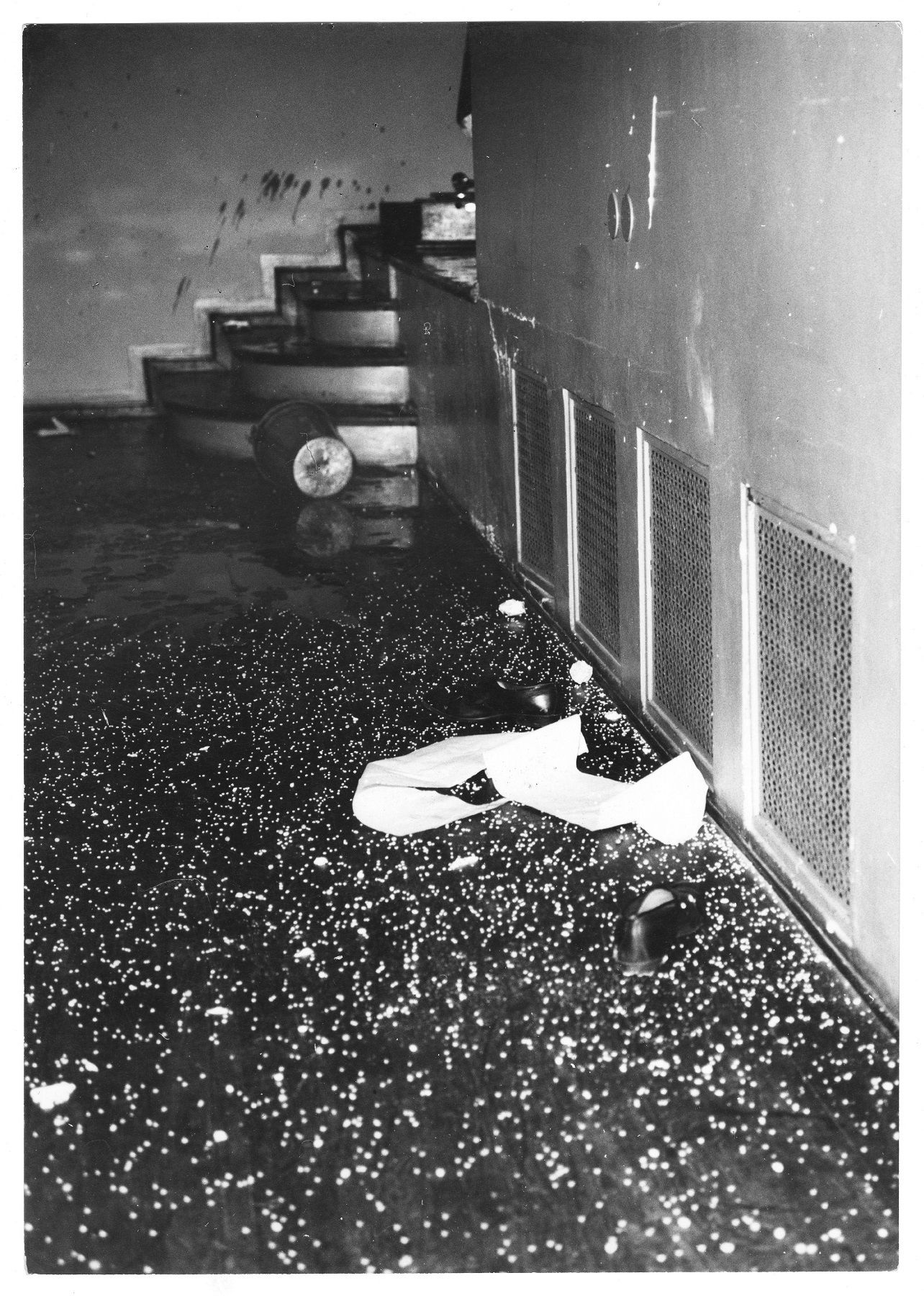 Hurdles, but also opportunities to maintain contacts, to network and to interact with the private and professional environment, characterized the everyday life of many people in the past pandemic years. "Social distancing", or rather "physical distancing", determined togetherness and increased the use of social media or various video conferencing providers. The 60th anniversary of the Fluxus art movement, whose main protagonists performed in the lecture hall of the Wiesbaden Museum in September 1962 as part of the Fluxus International Festival of New Music, is worth looking back at in this context — but also forward.

For as early as 1965, the Japanese artist Mieko Shiomi, now 84 years old, initiated an art action with her conceptual work "Spatial Poem" (1965—1975), which, in the Fluxus environment and in direct exchange with prominent representatives, clarified the dimensions of playful interaction across a spatial distance — overlaps with parallel developments of Mail Art, or even with the later development of Net Art, which emancipated itself from it, are not excluded!

Integrated into the city-wide prelude "FLUXUS SEX TIES" to the Art Summer 2023, a bridge is thus built and at the same time the question is raised as to how the Fluxus efforts (can) manifest themselves under today's parameters and which principles of the art movement have not lost their topicality even sixty years later.

Sound artist Judy Dunaway is the world's most distinguished specialist in balloons as sound generators. For more than 30 years she has been developing and performing balloon music — as part of a feminist artistic practice. To be experienced is the presentation of solo compositions and improvisations for latex balloons as a concert in which her body becomes a unity with the balloon. A special part of the program will be the performance of her "Balloon Symphony No. 1" with the participation of the audience as well as the composition "Solo for Balloons" by George Maciunas from 1963.

Organizer: Wiesbaden Cultural Office in cooperation with the KunsthausKuratorium

In the Wiesbaden Museum, the artist collective "AdHoc" stages intermediales, based on the scores of the well-known Fluxus artist. First stop is the lecture hall of the museum, where visitors can expect interactive installations for the playful implementation of the given instructions for action. From here, in performative actions, together with the audience, Shiomi Fluxus will be experienced and distributed in the urban space and, of course, at the city festival. And whoever can, should go to the museum bathroom again — What was Fluxus again? AdHoc collective come together: Sonja Bender, Mario Krichbaum, Verena Schmidt and N. N.