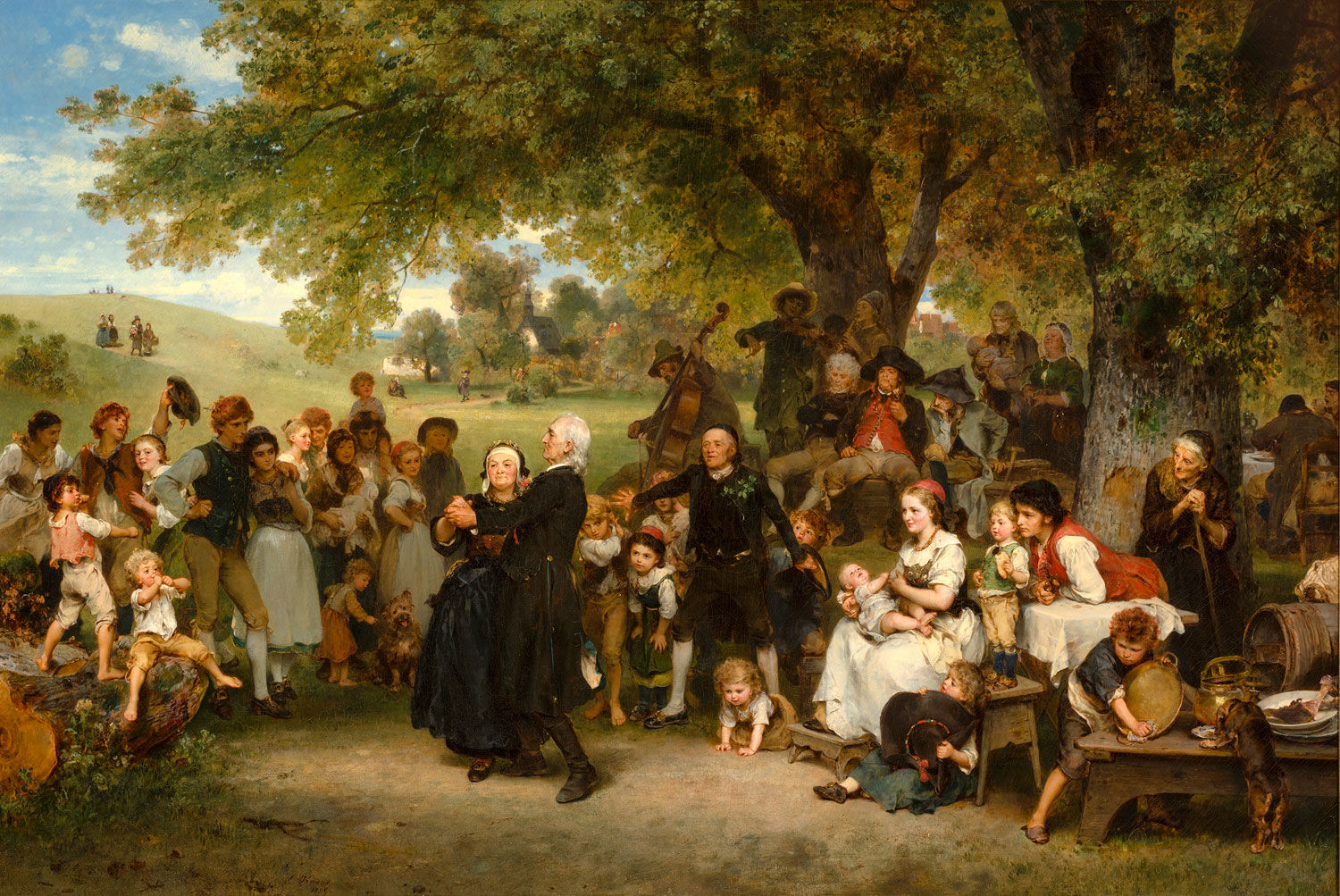 Ludwig Knaus was born in 1829 in Wiesbaden and died as a highly decorated professor in 1910 in Berlin. He was one of the most significant 19th century German artists, enjoying both national and international fame for his genre paintings. Knaus was a shaping force of genre painting and contributed significantly to its unique popularity. He was also highly successful as a portraitist. Throughout his life, Knaus cultivated an intensive relationship with Wiesbaden. Many of his works were created here. The city of Wiesbaden, in turn, adorned itself with Knaus’ works in the 19th century and was keenly aware of his international standing. After his death in 1910, however, Knaus’ fame quickly faded and with it the importance of genre painting.

The exhibition Ludwig Knaus – Homecoming centers on the artist’s great compositions, now at home in the United States. Among the works on loan for this exhibition are the Golden Wedding from 1859 and the The Gambler from 1862 – two works that played a central role in 19th century genre painting in Germany and established Knaus’ international reputation. In bringing these works “home” to Wiesbaden, the museum recalls the heyday of genre painting and pays tribute to the city’s most famous son in the 19th century. Knaus, however, was also appreciated for his drawings, which provide important insight into the genesis of his paintings. The exhibition encompasses more than a hundred drawings that contribute to our view of the Knaus’ artistic universe.